An exciting opportunity for PhysioPod® to showcase the range of DEEP OSCILLATION® therapy products at The Annual AACP Conference 2015 which is to be hosted by The Hilton in Coventry near Birmingham. 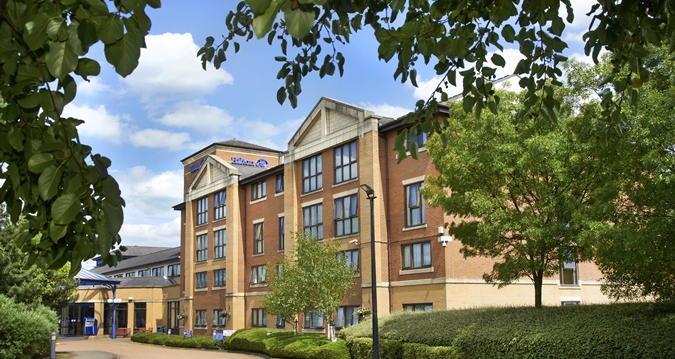 The Acupuncture Association of Chartered Physiotherapists was established in 1984  and held it's 30th Anniversary in 2014 - "Integrating Evidence-based Acupuncture into Physiotherapy, for the Benefit of the Patient"

PhysioPod™ UK Ltd are proud to be listed on the AACP list of recommended suppliers.

DEEP OSCILLATION® therapy fits well with AACP members; largely due to it's non invasive application through vinyl gloved hands or applicators and the results achieved in less then twenty minutes of application (reduced pain, swelling and improved range of motion).  The depth of tissue permeated (8cm) is a fact proven by the Cuban AB Burns study.  PhysioPod will also be showing various videos including a Video Report from Dr. MSc. Luis Felipe Medina C. Lic. TF which concluded that: "Although this is an initial trial, resonance and kinetic movement of the connective tissue effected by an electrostatic field generated by DEEP OSCILLATION® can be evidenced and visualised. The illustrated test series visualises for the first time the impact on tissue of DEEP OSCILLATION® in real time. The method offers an interesting methodical approach for future studies"

Hugh MacPherson trained as a practitioner of acupuncture and Chinese herbal medicine in the early 1980’s and continues to practice acupuncture in York, UK. He subsequently founded the Northern College of Acupuncture, based in York, and steered the College towards achieving university validation for the first acupuncture degree course in the UK. As a result of his interest in research, he set up the Foundation for Research into Traditional Chinese Medicine and subsequently joined the Department of Health Sciences, University of York, as a Senior Research Fellow. He has been supported by a Career Scientist Award and a Programme Grant from the National Institute for Health Research and grant from Arthritis Research UK. His research includes conducting safety studies, clinical trials and systematic reviews. His trials have evaluated the effectiveness and cost-effectiveness of acupuncture for a variety of conditions, including low back pain, irritable bowel syndrome, depression and chronic neck pain. He has also conducted neuroimaging studies exploring potential mechanisms of acupuncture. He is the lead editor of the book, “Acupuncture research: strategies for building an evidence base” and a co-editor of, “The integration of East Asian medicine into contemporary healthcare”, both published by Elsevier.

Acupuncture and the placebo question: evidence on musculoskeletal pain, osteoarthritis and headache

Acupuncture compared to other physical therapies for osteoarthritis of the knee

Acupuncture for chronic neck pain, and aspects of treatment that make a difference

Acupuncture for chronic pain when combined with depression.

Acupuncture for chronic neck pain, and aspects of treatment that make a difference

Acupuncture for chronic pain when combined with depression.

Fanyi graduated in Beijing Chinese Medicine University in 1983, and moved on to qualify as a medical doctor and Chinese medicine doctor, he gained his research degree of Medical Master (China’s equivalent of PhD in medicine) in Beijing. He was a senior academic in the Diagnostics Department at Beijing Chinese Medicine University from 1988-1997. His research projects carried out in China and Japan were mainly on Pulse and Tongue diagnosis, a significant in-depth of finding was reported by his team and verifying clinical effectiveness of Chinese medicine in conditions of circulation system.

Fanyi came to UK to teach Chinese medicine at Middlesex University. In 2004 he moved to University of Lincoln as the Course Leader of Acupuncture programme. Three books, 9 chapters in books and more than 20 research reports were published in the past 20 years. He is also an elected Council member of ATCM (UK), the leading professional body, and Academic Committee members of two World Federation and Europe Federation of Chinese medicine.

Title:  The in-session monitor of pulse and tongue

Andy Harrop is a British Acupuncture Council registered practitioner and one of the foremost practitioners of this style of Japanese acupuncture. He began his career in complementary medicine in London, in 1984, before moving to Japan and America for four years to pursue his studies.

He started studying with Japanese acupuncture Master Kiiko Matsumoto in 1991 and in 1995 completed his clinical apprenticeship. He returns annually to her clinic for further tuition and for 17 years he has organised her annual London seminar.  He studied both TCM and Five Element Acupuncture at the College of Integrated Chinese Medicine, graduating in 1997.  He has also studied extensively with Chinese Medicine scholar Elisabeth Rochat de la Vallée.

Andy is an experienced teacher and runs his own seminars programme.  He has taught at several UK acupuncture colleges as well as internationally. For six years he lectured to nursing groups at Kings College London and worked for 18 months using Japanese acupuncture in two National Health G.P. surgeries.  Andy maintains his private practice in Dulwich, London.

David is a fully registered orthodox medical doctor who specializes in Western medical acupuncture. He gained his medical degree from University College London in 2004 before training in medical acupuncture at the Royal London Hospital for Integrated Medicine, the largest public provider sector of integrative medical services in Europe.

He is a keen proponent of acupuncture research, both clinical and experimental. David has continued to maintain a diverse general acupuncture practice with a particular emphasis on treatment of acute and chronic musculoskeletal conditions whilst developing a specialist interest in Sexual and Reproductive Health.

Dr Daniel Keown qualified in medicine from Manchester University in 1998 and continues to work as an Emergency physician having obtained his membership exams (MCEM) in 2014.

Parallel to this Dr Keown has maintained a strong interest in Chinese medicine and obtained a degree in Acupuncture from Reading University in 2008.

In 2014 he published the book ‘The Spark In The Machine’ which shows how the principles of Chinese medicine, including Qi and acupuncture channels, can be understood when embryology is understood. The book has garnered universal acclaim and is the fastest selling book on acupuncture of all time.

When not working as either an acupuncturist or doctor, Daniel Keown lives in Tunbridge Wells with his wife and two children, tending his allotment and dreaming of the perfect wave.

Dr Brooks originally studied physics, before moving into the field of neuroscience. He completed his PhD on the study of brain ageing at Liverpool University, before moving into a new research area at the Pain Research Institute. Subsequently he worked in Professor Irene Tracey’s laboratory, before moving to help start a new imaging facility at the University of Bristol. He works primarily in the field of pain research, using techniques such as functional magnetic resonance imaging (fMRI) to explore how the brain and spinal cord interact during pain sensation. In particular, he is interested in how changes in the brain stem and spinal cord can underlie the transition to chronic pain states.

Colin Paterson is a Chartered Physiotherapist who lectures at Bournemouth University and is the Program Leader for the Physiotherapy program. Colin is also a freelance physiotherapist treating a variety of patients from children through to elite athletes with sports medicine being his main specialty.

Previously Colin has worked for the English Institute of Sport as a Senior Physiotherapists, England Hockey, British Gymnastics and the British Paralympic Association and has experience of working with a wide variety of elite athletes. He has also worked as a headquarters physiotherapist with Paralympic, Olympic and Commonwealth Games.

Colin has a strong interest in sports medicine, movement re-education, soft tissue treatments and paediatrics and lectures on these topics regularly. Colin is currently the Chair of the Association of Chartered Physiotherapists in Sports and Exercise Medicine and is one of the tutors for their soft tissue courses. Currently Colin is undertaking doctoral research aiming to explore the factors that influence the clinical decision-making of sports physiotherapists.

Jon graduated in 1999 from Keele University achieving a first class BSc in physiotherapy and began his acupuncture training in 2000. In 2003 he became an advanced member of the AACP and in 2004 he was awarded his post-graduate MSc in acupuncture from Coventry University.

Since graduating he has worked in a variety of roles within the NHS, private sector and professional sport. Jon is a Fellow of the Higher Education Academy, an accredited AACP tutor and a member of the board of Directors of the AACP. He delivers foundation courses and CPD within the private sector and NHS and has also had his work published in the Journal of Chinese Medicine.

He has previously been an MSc award leader at Staffordshire University, is the external assessor for Glyndwr University's acupuncture BSc and also acts as consultant and sessional lecturer to a number of Universities throughout the UK and Keele University School of Medicine. He is also a consultant to physiotherapists in Team GB, the FA and Premiership Football Clubs. He now splits his time between delivering acupuncture training and the clinical practice of physiotherapy and acupuncture. 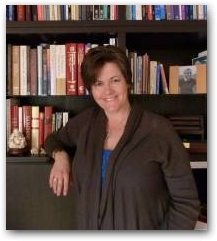 Lynn has been in practice for 33 years as a physiotherapist, having qualified from Addenbrookes School of Physiotherapy in 1982 and has used acupuncture within her work for 25 of those years.

A 3 year course in acupuncture at the British College of Acupuncture in London complete in 1993 has given her a wider world view on how acupuncture is and can be used within the world of physiotherapy.

She has taught on the diploma course at Nottingham and latterly on the MSc in acupuncture at Coventry University. Her philosophy is that the Chinese Medicine approach to ill health has much to offer us in the West and marrying the two approaches is something Lynn strives for in her practice and teaching.