"With the Covid Pandemic it became clear in January 2021 that we would not be able to go out into the Community to educate, inform and raise awareness for Lymphoedema.  With Lymphoedema Awareness Week (LAW) in early March and World Lymphoedema Day (WLD) on the 6th March 2021 it meant that we could not take our campaign on the road. 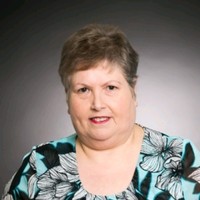 Chatting to Mary at the time we discussed whether we could create a working partnership while both of us retained our own independence to raise awareness of Lymphoedema during LAW and WLD. As part of the conversation Mary asked if I had any posters that might describe Lymphoedema and its impact on lives. That afternoon I sent Mary a slide presentation on Lymphoedema.  Her response “Hmm too long”.  I cannot help but smile now because Mary had a lightbulb moment, something she is exceptionally good at doing and said, “We could create a Newsletter for each day and share over social media over six days”.

From the one presentation Mary created 18 simple, informative, eye catching videos, then sent them to me and I wrote 18 accompanying blogs to support the videos for the Newsletters.

Our friends from Healthy Steps Jackie Buller and Janet Capstick got in touch and asked if we would be interested in a Healthy Steps video.  I chatted to Janet and suggested it would be a good idea if we could aim the video at lower limb Lymphoedema and those that had struggled with mobility.  Again, I cannot help but smile because after further discussions Healthy Steps produced six videos for our readership, one for every day.

We collected video messages of support for WLD from a wonderful array of people from all walks of life to include in our Newsletters.  For us personally it was important to include as many people as possible including sharing activities from across the globe.  We also included the European Patients Manifest and the survey on Compression Garments showing the challenges European patients experienced this was produced by The European Patients Advocacy Group, that L-W-O Community is a member of, along with 26 other patient associations.  Mary and I are delighted that our campaign was shared on the VASCERN website.  In addition, we are thrilled that our activities were published in the British Lymphology Societies, New & Views, Issue 121.

Finally, both Mary and I have received many compliments for the work we did, this was from the Self Care Forum:

“I hope you are really pleased with the campaign last week; you did such an amazing job”

Mary has included more feedback in the accompanying video.  As a direct result of our campaign L-W-O’s Members, followers and supporters increased from 3500 to over 4000 that alone shows me how successful our campaign was.

From the first week in January to the 28th February the night before our campaign started, Mary and I experienced sheer exhaustion, anticipation and all the different emotions that go with organising any campaign.  We both learnt so much along the way and we are both delighted with the reception that we received from patients and the global Lymphoedema community."

“A small group of thoughtful people could change the world. Indeed, it's the only thing that ever has.”  —Margaret Mead