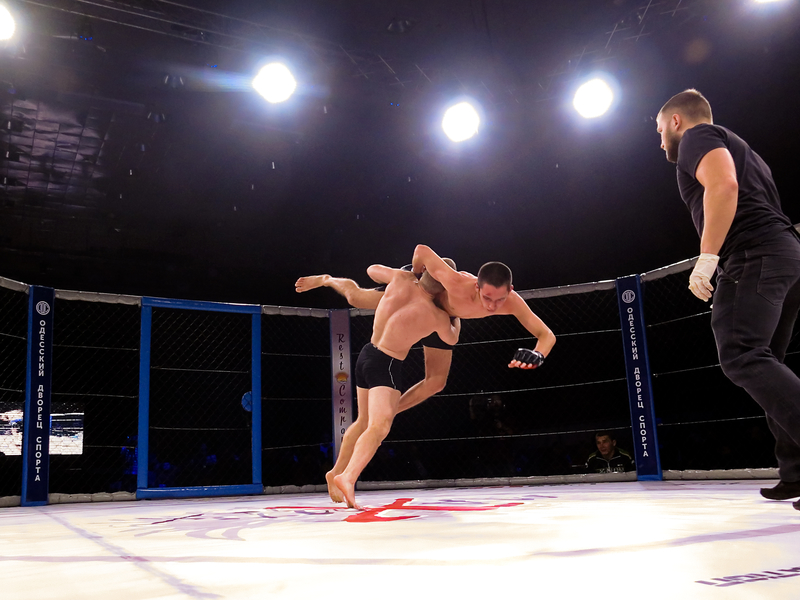 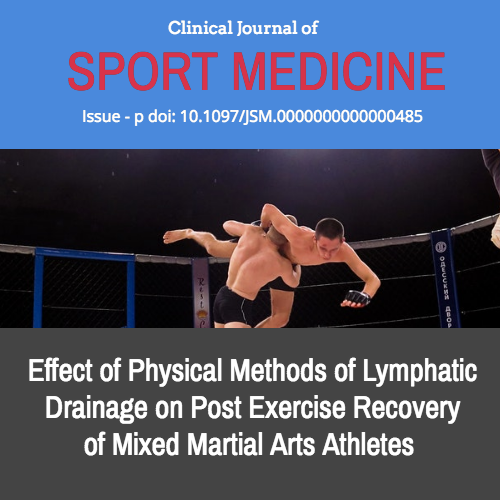 "The use of physical methods in the control group (P) was simulated by irradiating the subjects’ forearms with non-therapeutic light emitted by a laser scanner that made the same sounds as during real procedures."

The methods can be an important element of therapeutic management focused on optimizing training effects and reducing the risk of injuries of the combat sports athletes.

"Sports training triggers adaptation mechanisms in human body at the level of particular systems as well as individual tissues and even cells. The type and extent of training- induced changes depends on the nature of the training, its duration and intensity of the exercises. A single intensive exercise in the training of highly qualified athletes may be, just like improperly planned training, a big burden for the body and skeletal muscle. As a consequence, we can deal with muscle fatigue or mechanical damage of cell membranes and activation of inflammatory processes leading to delayed onset muscle soreness (DOMS). In order to prevent changes caused by overload, the individual's characteristics and his/her susceptibility to training loads are taken into account while creating a training model. An important part of the training is the adaptation of appropriate rest breaks, post-workout recovery methods and biological regeneration to the training loads. Such procedure may not only increase the level of particular motor characteristics, but also lead to adaptive changes to occur in the body, which is also favourable for health. In the scientific literature one may notice an increased interest in regeneration methods aimed at activating the lymphatic system and microcirculation, and thus - the effect of different stimuli on the immune system. However, not enough research was conducted in this area.

The aim of this study was to analyse the influence of physical methods of lymphatic drainage (FMD) in the form of manual lymphatic drainage, electro stimulation of smooth muscle (Body Flow) and deep oscillation drainage for post-workout muscle recovery processes in the forearms of competitors practicing mixed martial arts (MMA). The analysed factors were the changes in pain threshold, maximum strength of forearm muscle, muscle tension, concentration of lactate, as well as the activity of creatine kinase at rest, after the repetitive strength effort (Post-ex.) and with the application of physical methods of lymphatic drainage during post exercise recovery (Rec20min., Rec.24h, Rec48h).

Eighty men, mixed martial arts athletes aged 18 - 35 years, participated in the study. They were randomly accessed from sports clubs in Silesian Region and randomly qualified for one of the four experimental groups: manual lymphatic drainage (MDL), electro stimulation Body Flow type (BF), deep oscillation (DO) and control group (placebo effect - P). Each group consisted of 20 people. The analysed groups due to certain variables were characterized on the basis of age and somatic construction parameters. Tests were carried out after a period of rest (night), two hours after the last meal and not earlier than 48 hours after physical training. Participants also did not take any substances, drugs or stimulants, which could have affected the test results. Before the tests (48 h) and during the tests (48 hours) the participants could not exercise or perform other physical activities. In order to induce muscle fatigue in competitors practicing mixed martial arts, 4 series of cardiac stress tests were conducted with the use of a dynamometer, according to the modified test described by Watts and Vigouroux & Quain involving the 5-second maintenance of a voltage corresponding to 60% kg (± 10%) maximum strength of muscular forearms, followed by a 2-second pause, until the refusal to perform the task. The study subjects were submitted for tests in the periods: 24 and 48 hours after the physical effort a 20-minute treatment with the use of physical methods of lymphatic drainage was conducted. In these periods, along with the rest period, previously mentioned biochemical and biomechanical parameters were evaluated.

When analysing the variables, basic descriptive statistics were calculated as measures of location and variability. The normality of variables distribution was also verified with Shapiro-Wilk test, in order to determine the significance of differences in mean values, one- way variance analysis was used and the analysis of variance for repeated measures. In order to verify between which groups the significant differences appeared, multiple post-hoc Tuckey comparison tests were applied. The level of significance was: α = 0.05.

The study demonstrated that physical methods of lymphatic drainage affects the ability to make repeated efforts and decreases post-workout muscle pain and increased muscle tension. Basing on the obtained results, it can be concluded that it is advisable to use physical methods of lymphatic drainage in order to accelerate the return to output parameter or to achieve higher values of maximum force of forearm muscles after exercise. Analysing the indicators of biomechanic group: the maximal force, pain threshold, muscle tension, one cannot say that between the groups (body flow, manual lymphatic drainage and deep oscillation) statistically significant differences occurred. It should be noted, however, basing on the results that the most favourable tendency to tension levelling has a body flow method, in terms of maximum force - the method of deep oscillation and manual lymphatic drainage, and in the range of analgesia - a method of manual lymphatic drainage. It was also found that the physical methods of lymphatic drainage influence the changes in the concentration of lactate and creatine kinase activity, in case of CK there were no statistically significant differences. In the view of these results it seems advisable to use FMD in order to accelerate the reduction of fatigue markers. Regarding the indicators of those from biomechanical and biochemical group, one should emphasize that the physical lymphatic drainage methods significantly affect the variables measured on Day 1 of the study, referred to as the initial period of recovery (Rec20min). This means that there is an immediate exertional indication for the use of the lymphatic drainage methods in the process of regeneration of athletes." 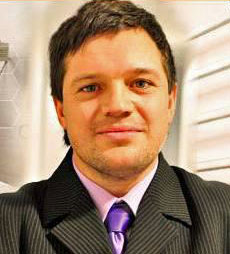 "A Physiotherapist with the mind of a scientist, the heart of the humanist and the hands of an artist"

Born in 1972, graduate of physiotherapy and teaching at the Academy of Physical Education in Katowice, martial arts trainer (8 DAN), teacher at the Medical Post-secondary School of Silesian voivodship in Racibórz and Upper Silesian School of Trade in Katowice in physiotherapy, member of several scientific societies, numerous courses in manual therapy, osteopathy, massage, PNF, Bobath for adults, etc.