Mastopathy is understood as a proliferative or degenerative remodeling process of the mammary gland parenchyma, which is caused in most cases by hormonal imbalances. This refers ultimately to an increase or enlargement of the connective tissue of the breast. The classic complaints or observations are feeling of tightness, sensitivity to touch, pain and tactile knots. The atypically proliferating variant is considered to have an increased risk of breast cancer in the long term. 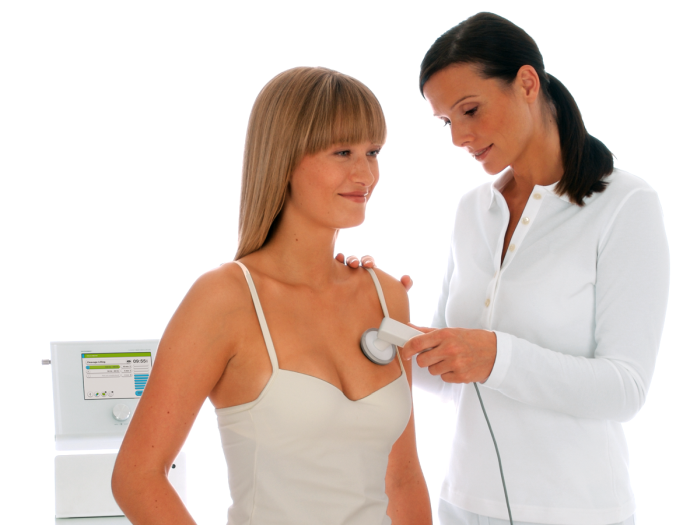 A randomized controlled trial of 401 women randomly assigned to three groups has come to remarkable conclusions: treatment with deep oscillation not only reduced the patients' pain perception statistically significantly; above all, it reduces the proportion of fibrosed and cystic tissue, both in comparison to a control group treated with a non-steroidal anti-inflammatory drug (NSAID) and a control group without intervention. The research group led by Solangel Hernández Tápanes concludes that Deep Oscillation favors the absorption of fibrosed and cystic tissue due to its tissue relaxant and vasoconstrictor action.

The study was published in the current issue Vol. 11, no. 14 of the Open Access Journal "International Archives of Medicine"