Combining acupuncture and physiotherapy with deep oscillation therapy could help to relieve pain and lead to enhanced treatment outcomes.

The Chartered Society of Physiotherapy (CSP) 29th May 2018 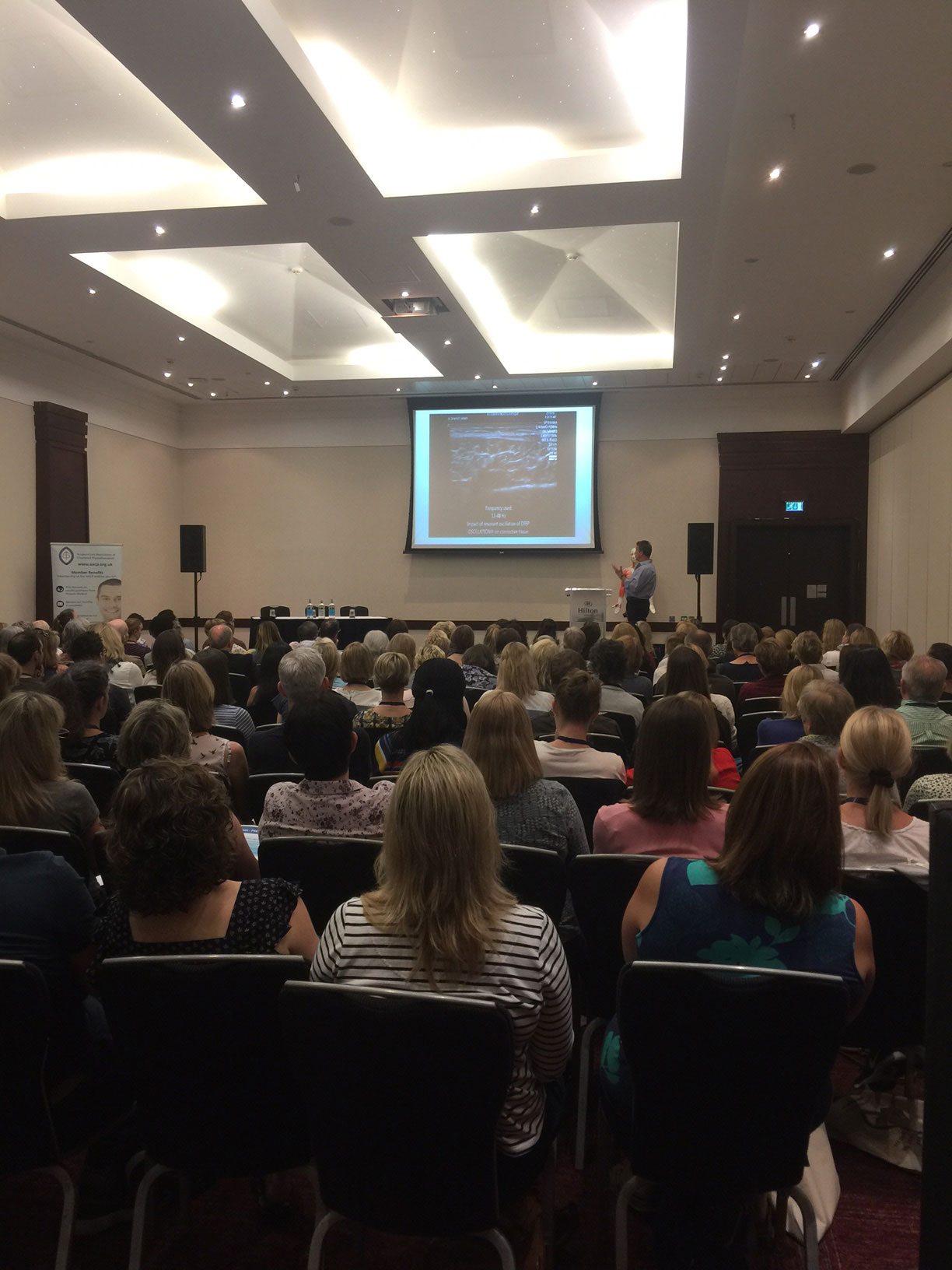 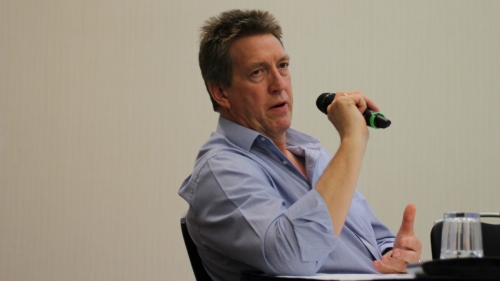 This was one of the messages from Chris Boynes, a private sports and spinal physiotherapist, at the Acupuncture Association of Chartered Physiotherapists (AACP) annual conference in Reading on 19 May.

Mr Boynes spoke about the interaction and outcomes of deep oscillation therapy with acupuncture, from a personal and clinical perspective.

He said: ‘I’ve been a musculoskeletal physio for many years, have practised acupuncture for over 20 years and have worked in professional rugby and other elite sports.

‘I’ve been using deep oscillation for the last two years, as an interactive tool with all my physio skills, including acupuncture, and it’s now become an integrated part of my treatment.’

Delegates heard that the therapy relied on a phenomenon in physics called the Johnsen-Rahbek effect.

‘If a semi-conductor is put between two electrodes and a voltage is applied, a magnetic force is created,’ said Mr Boynes.

‘A minimal electrostatic field is generated at the semiconductor layer and this force can then be applied to human tissue.’

Research into the therapeutic uses of the Johnsen-Rahbek effect was first conducted in the 1980s by two German physiotherapists, Wolfgang Walder and Hans Seidl.

The oscillation machine produces an electrostatic field at a low, medium or high frequency in the range of 5 Hz to 250 Hz. This alternating current is able to pick up treated tissue and then drop it at a variable speed, depending on the selected frequency. The unit is also fitted with a patented active discharge device, so that the electrical circuit is never completed.

‘The patient holds an electrode and another electrode is stuck to the therapist’s forearm,’ Mr Boynes said. ‘The therapist wears vinyl gloves and the electrostatic field comes through the gloves and into the tissue.’

He added that a vinyl covered applicator can be used, instead of gloves and that this enables self-treatment.

‘The generated electrostatic field is able to reach to a depth of 8 cm into the tissue, making the treatment of deep structures possible,’ said Mr Boynes.

‘As a result you don’t have to press hard during a treatment session.’

In addition, no heat is produced by the treatment, he said, making it applicable immediately after injury or one day after surgery. It is suitable for use on hot or swollen joints and tissue.

Speaking about the therapy’s effect on needling, as part of treatment protocol, Mr Boynes said: ‘After using it, the tissue is always softer and the needles go in better. It can also change your needling feel. If done before intra-muscular stimulation the needle entry is smoother and easier.

‘And even if I deep needle, which can really hurt, the oscillation seems to change that.’

These included details of the treatment protocol of acupuncture, point selection, manual therapy, taping, exercise and deep oscillation that each person received.

Commenting on the clinical effects that he had observed Mr Boynes said: ‘It provides pain relief and muscle tissue relaxation, which leads to improved functional mobility and movement.

‘And it also decreases swelling and encourages the movement of fluids.’

He outlined the findings of an article written by Dr Reinhold on the mechanisms of deep oscillation. It was published in the British Association of Manual Lymphatic Drainage Practitioners’ magazine in April 2017.

Delegates heard that studies conducted in 1998 show no adverse effects in applying the treatment.

However, Mr Boynes said that in the UK the treatment is contraindicated for patients with cardiac pacemakers or other electronic implants.

‘But it can be used over metal in the tissues, for instance in cases of total hip or knee replacements,’ he added.

His presentation ended with the results of an analysis questionnaire, completed by healthcare practitioners who have integrated deep oscillation therapy with acupuncture and other treatments.

Feedback from physiotherapists, who used both deep oscillation therapy and acupuncture indicated that the combination could lead to enhanced treatment outcomes, he said.LINKS:AACP: www.aacp.org.uk