It's been an extremely busy year for PhysioPod so far, with Exhibitions, Conferences and a Distributor meeting. Many pictures have been taken along the way, here's a brief look at some of the events, the people and the places that have made 2014 so far..

January 2014: Mary and Julie wrapped up warm against the elements to visit Amelia Thompson at

The Harley Street Cancer Centre who have now added DEEP OSCILLATION® to their Complementary Therapies. 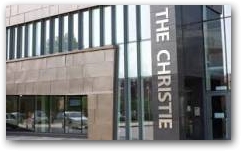 February 2014:  Norwich - Chrissie Aldous takes delivery of her DEEP OSCILLATION® Personal SPORTS and Julie trains her beautiful daughter Sophie how to treat her Mum's Lipoedema via vinyl gloves, Chrissie learns how to self-manage with applicators 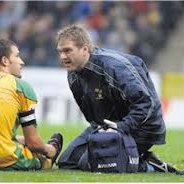 February 2014: Norwich - In the same month Neal Reynolds, Head of Medical, provided PhysioPod with a testimonial after 5 months of using DEEP OSCILLATION® 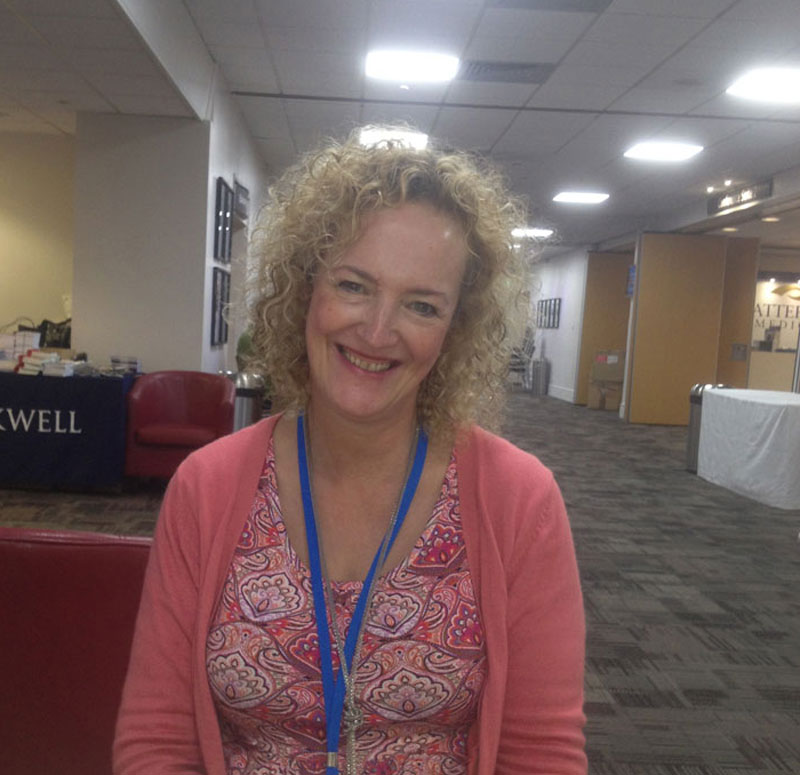 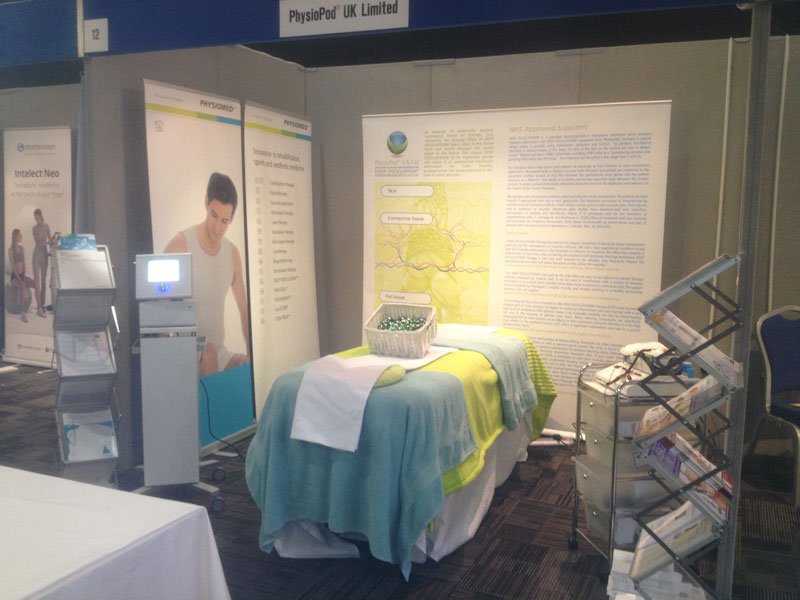 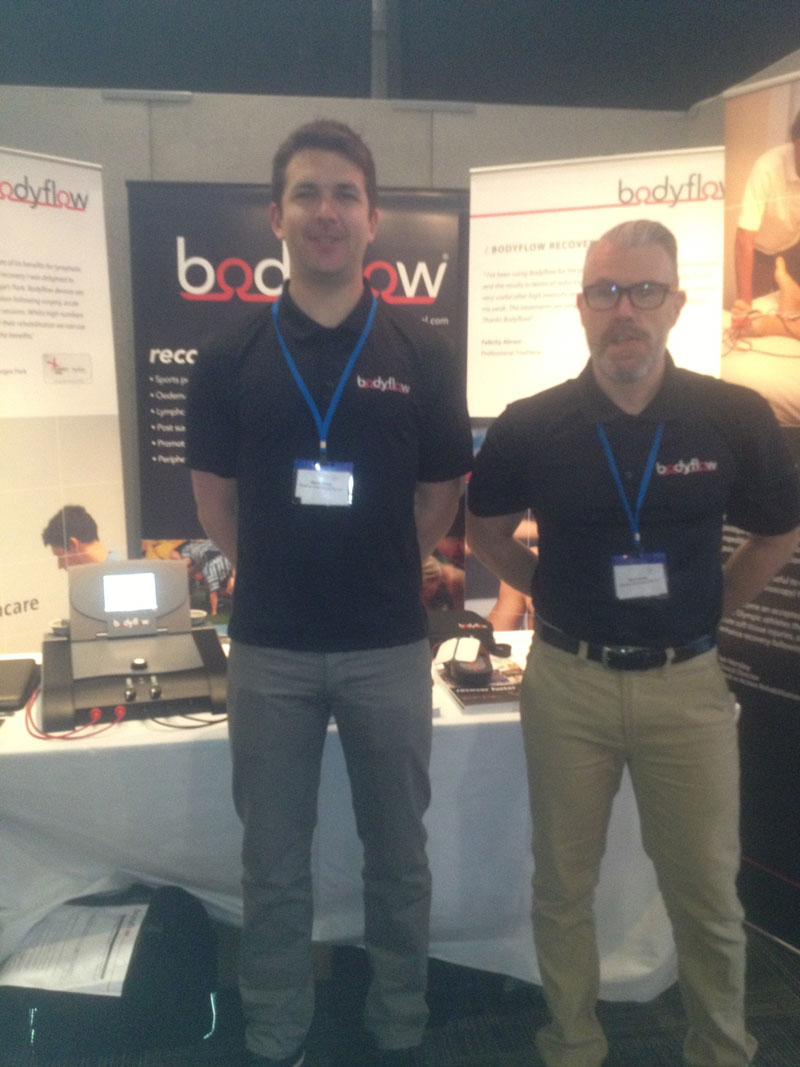 April 2014:  East Midlands Conference Centre host The PhysioFirst Conference, a first for PhysioPod™ UK Ltd and due to the success at the event they have re-booked for 2015.  Always good to have the BodyFlow guys next door to you, our therapies combine as well as our personalites! 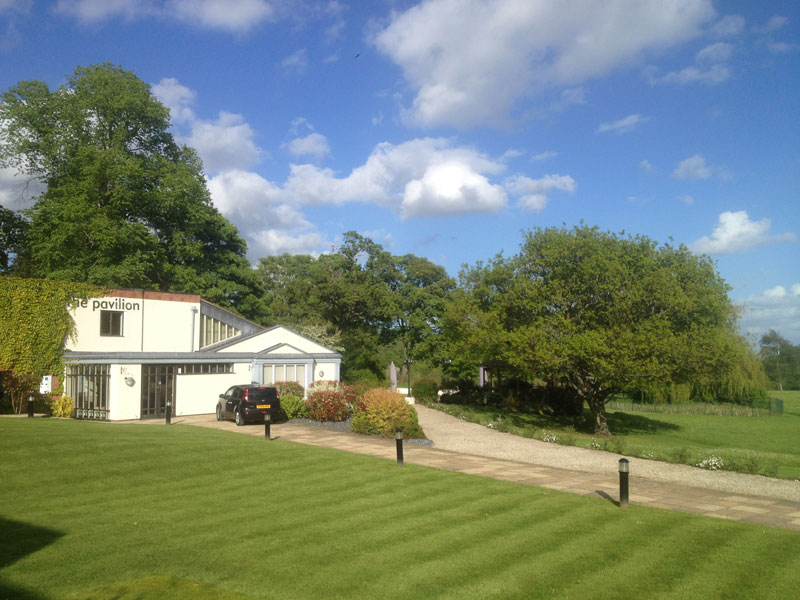 May 2014:  MLD UK 20 Year Celebrations, Conference and AGM held at The Lane End Conference Centre, with keynote speakers, rounded off with a wonderful three course meal and the evenings entertainment from The Drum Cafe which had everyone banging their own drum at the dinner table! 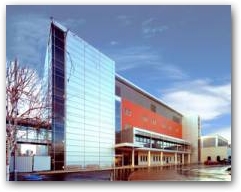 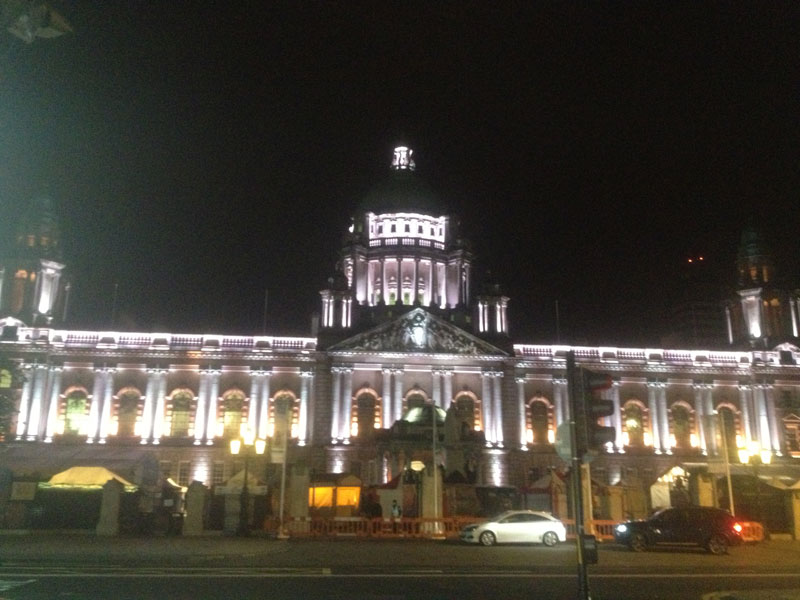 May 2014:  After training Physiotherapists at Belfast City Hospital with DEEP OSCILLATION®, Mary and Julie enjoyed an an evening in the City followed by the wonderful sunny weather and the sights and smells of The Belfast Continental Market before flying home. 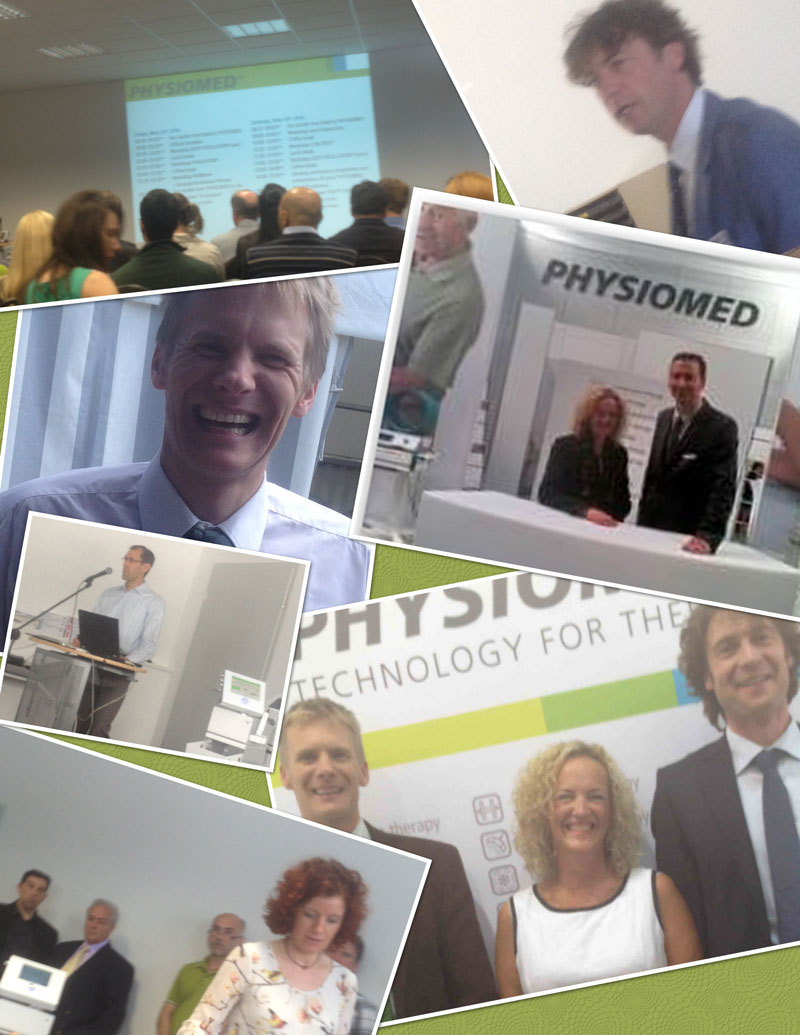 May 2014:  Physiomed Elektromedizin AG held their 40 Years Celebrations at their factory in Germany; 230 guests included company employees and their families, and a hundred-strong group of dealers from 35 countries were in attendance. The world of politics was also represented by District Administrator Armin Kroder and Mayor of Schnaittach Frank Pitterlein also attended and the event was covered in German newspapers. 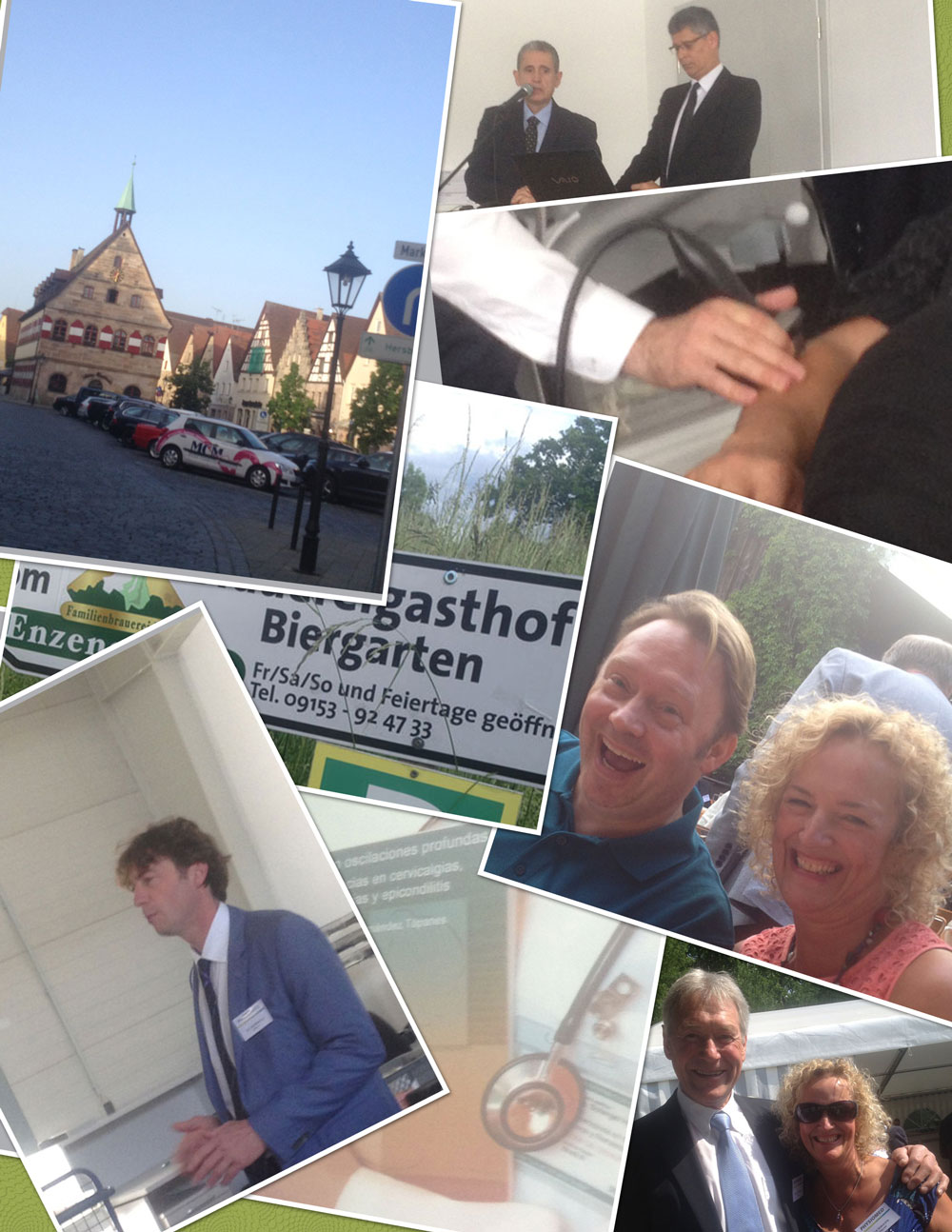 A distributor meeting was held over two days holding six workshops.  Mary spoke to the other distributors about PhysioPod™ UK Ltd success in getting DEEP OSCILLATION® into so many fields of application in the UK and Ireland.

Saturday afternoon began with festivities and speeches followed by an interesting and entertaining presentation of the company history from Jens Reinhold, lots of children's events, a lavish buffet and, as the highlight, a very impressive fire show. Champagne flowed and the distributors started the dancing off...

A big thank you goes to Physiomed Elektromedizin AG for their kind invitation to the event.. 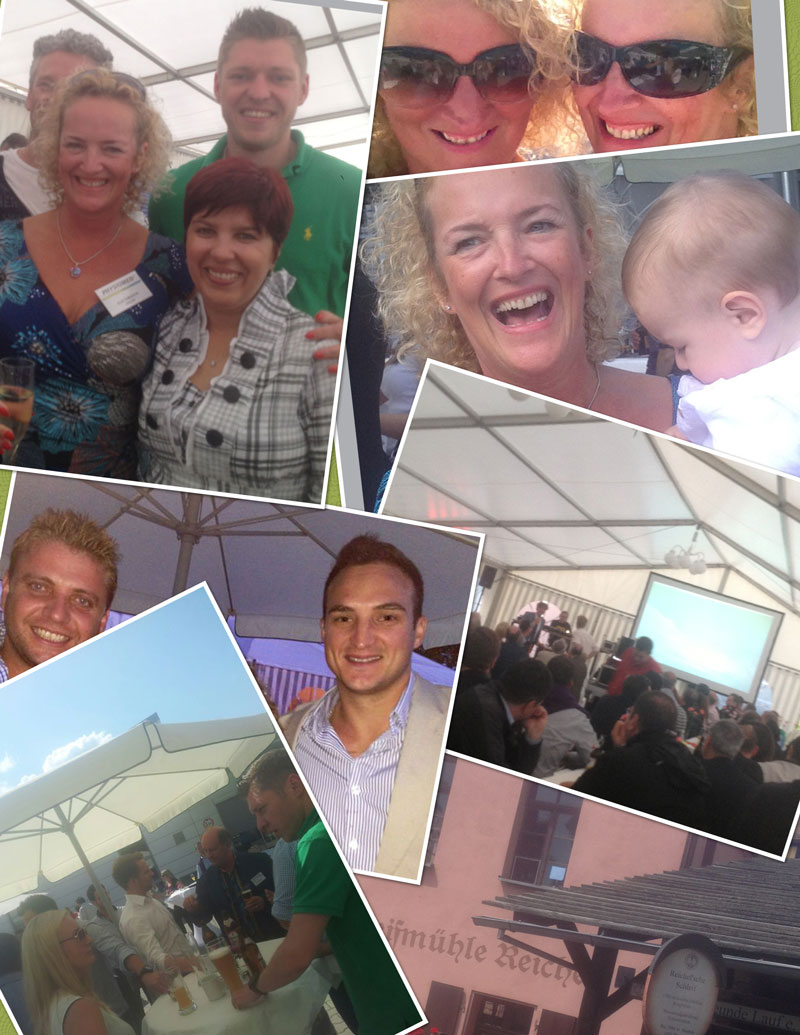 From PhysioPod™ UK Ltd part it was a fabulous weekend, a chance to learn about exciting and innovative new products in the pipeline for 2015 and exchange ideas on treatment protocols for DEEP OSCILLATION®; which is quickly becoming the therapy of choice all over the World amongst healthcare professionals. Wonderful to meet again with other distributors; in particular Rasmus from Denmark, Christina from Sweden, Juan and Dewald from South Africa, Alex, Matt & Sven from Fritac in Switzerland, Robin and Baz from The Netherlands, Abdul from UAE, Anca and her new baby from Romania, Galina from Bulgaria, Greg from Poland and Corinna from Greece.  All of whom have since joined a "Whatsapp" group with Mary as adminstrator, especially for distributors of DEEP OSCILLATION® for sharing therapy information, as it happens.  It was also a delight to speak with  Dra. Solangel Hernández Tápanes from Cuba following her presentation of DEEP OSCILLATION® studies from her scientific unit in Cuba, the results of which will appear in her new book (in English) in 2015.  PhysioPod™ UK Ltd hope to attend her presentation in Cuba in 2015. 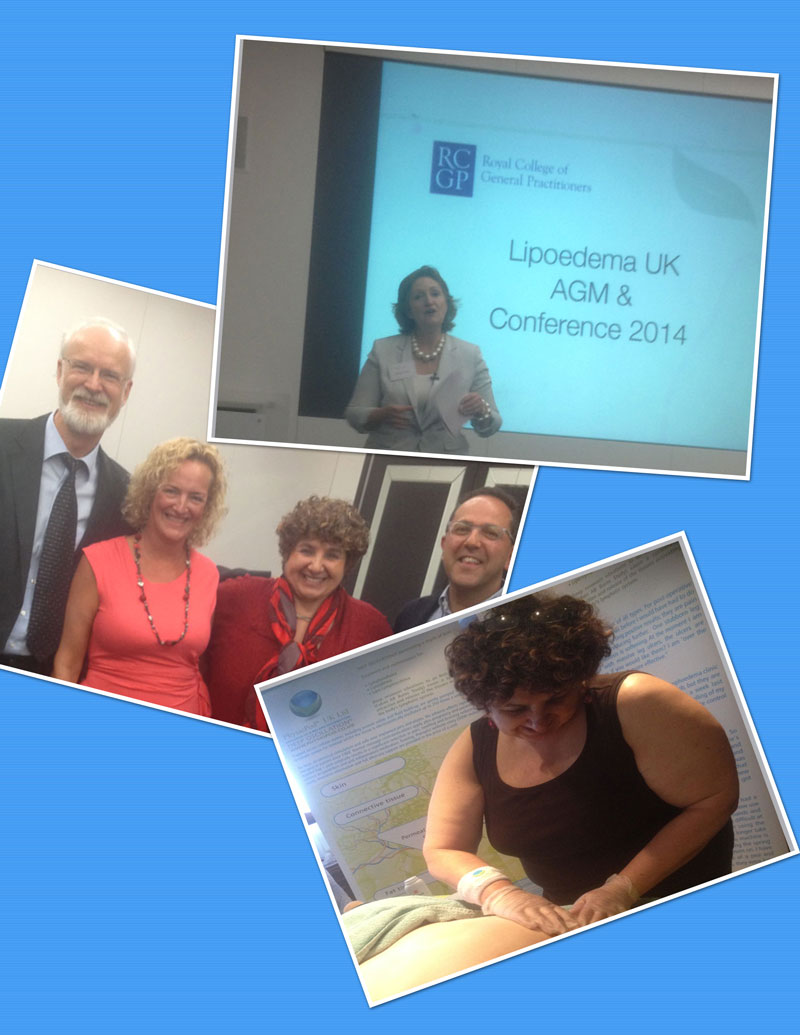 The third picture shows Catherine Seo trying out DEEP OSCILLATION® for herself through gloved hands. She loved it!

At the Lipoedema UK meeting, Sharie Fetzer was voted in as the new Chair for Lipoedema UK and Suzanne Evans became Treasurer due to the demands of her high profile political career. 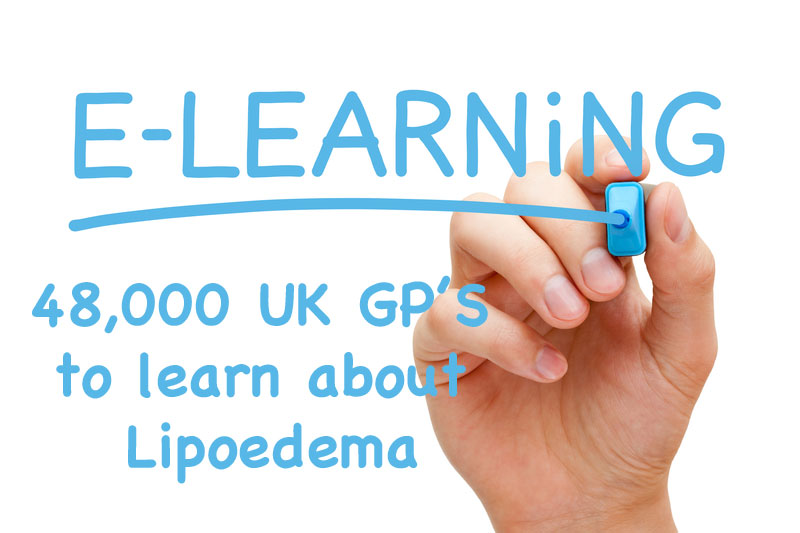 Dr Dirk Pilat unveiled the new e-learning module for 48,000 GP's to learn to learn about Lipoedema.

Congratulations to both Lipoedema UK and the RCGP for this excellent initiative.

A great first seven months of the year for PhysioPod™ UK Ltd and after the Lipoedema UK Conference, Julie & Mary were ready to celebrate! 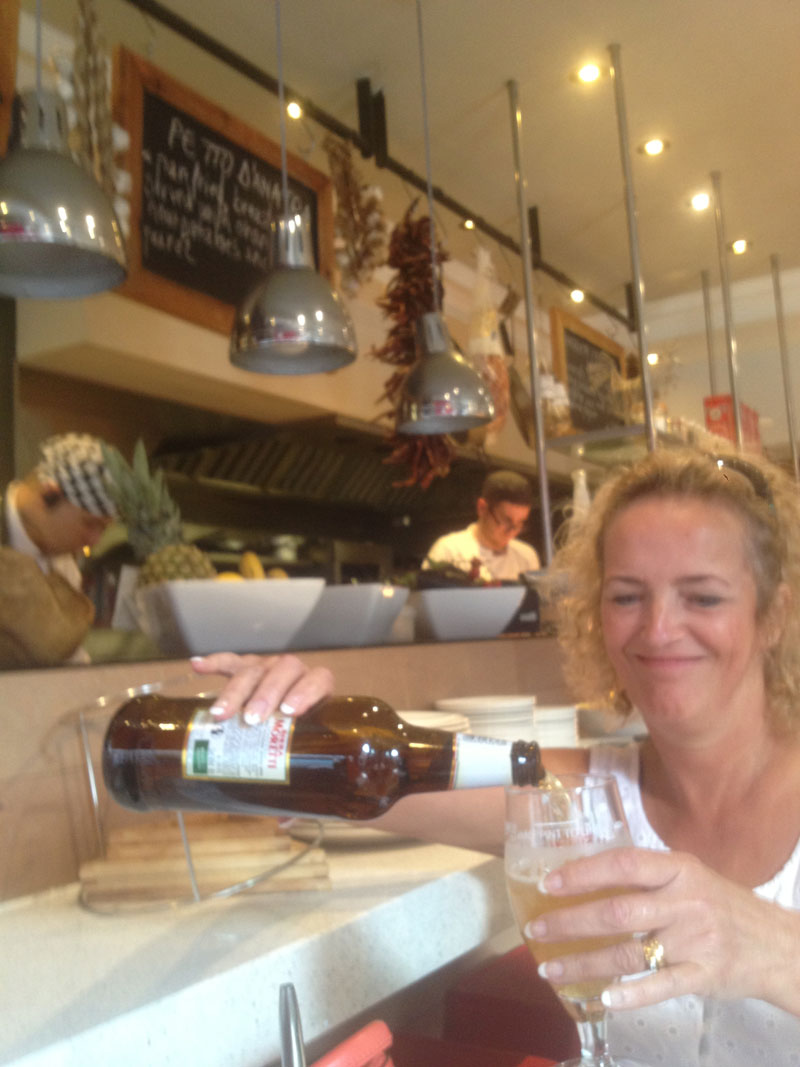 Lymphaletics 2014 for which PhysioPod™ UK Ltd are proud official sponsors